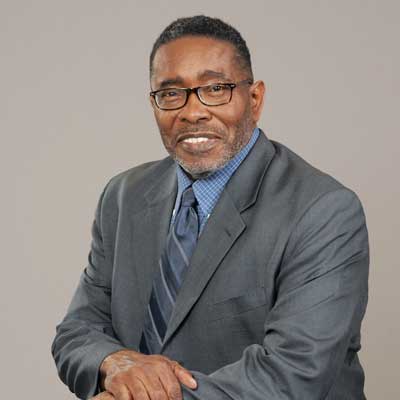 Christopher A. Brooks is professor of anthropology at Virginia Commonwealth University in Richmond, Virginia. He has produced numerous publications focusing on the African continental and Diasporan experience. He is the general editor of the 1,600-page reference work, The African American Almanac 11th Edition (Cengage/Gale, with a forward by NAACP President and CEO, Benjamin Jealous, February 2011). Brooks wrote several major chapters for the volume including “Africa and the African Diaspora,” “Blues and Jazz,” and “African Americans in the Military.” He is a contributor to the Encyclopedia of African American Culture (Greenwood Press, 2010) where he wrote the chapter, “HIV and the African American Church.” His other publications include chapters in the African and African-American Religions and Religion and War volumes in the Religion and Society Series published by Routledge (2001 and 2003 respectively). He has a chapter celebrating the centennial of W.E.B. Dubois’ landmark publication, The Souls of Black Folk 100 Years Later, entitled “The Souls of Black Folk: Can a Double-Consciousness Be Heard?” (University of Missouri Press 2003), where he examined the prophetic statement DuBois made about the crucial issue of the 20th century being the race question.

As an internationally-recognized biographer, Christopher Brooks has produced several book-length manuscripts including I Never Walked Alone: The Autobiography of an American Singer (with the late Shirley Verrett, John Wiley 2003 now available in Kindle version, 2011); Follow Your Heart: Moving with the Giants of Jazz, Swing and Rhythm and Blues (with the late Joe Evans, University of Illinois Press 2008; second paperback edition, February 2011), and Dangerous Intimacy: Ten African American Men with HIV (with Christopher Coleman, Linus Publications, June 2009).

Through the Voices of Men: South African Men Speak about HIV (with forwards by South African Constitutional Court Justice, Edwin Cameron, and South African Health Minister, Dr. Aaron Motsoaledi) was released in Johannesburg, South Africa by Linus Publications in June 2011. The expanded second edition of Voices of Men was released in 2013. Dr. Brooks has been interviewed by several internationally and nationally-syndicated programs including NPR’s Weekend Edition, Tell Me More (hosted by Michelle Martin), the Tavis Smiley Show; the BBC program, The Last Word, The Canadian Broadcasting Corporation (CBC), the South African Broadcasting Corporation (SABC), and nationally syndicated The Record Shelf hosted by Jim Svejda (KUSC), the Maggie Linton Show on Sirius XM, and the Leonard Lopate Show on WQRX.

Brooks recently published a book on the great American tenor, Roland Hayes. The book, Roland Hayes: The Legacy of an American Tenor (with Robert Sims) was published by Indiana University Press trade division (January 2015). This book was awarded the INDIEFAB Book of the Year Award’s Gold Medal (Adult Nonfiction 2015) and became a national best seller. The Hayes book was featured at the 2015 Beijing and Frankfurt International Book Fairs. Brooks has scholarly articles in several journals including American Anthropologist, The International Review of African American Art, The Literary Griot, Black Sacred Music, The International Journal of Black Oral and Literary Studies, African American Review, and The Encyclopedia of African American Folklore, among others.

As a 1999-2000 Senior Fulbright Researcher, he examined women’s rights organizations and their response to the HIV/AIDS pandemic in Zimbabwe and South Africa. He was also a Senior Research Fellow at the Southern African Research Institute for Policy Studies (SARIPS) in Harare, Zimbabwe (now called SAPES Trust). While there he also lectured part-time at Arrupe Jesuit College and at the University of Zimbabwe. In July 2007, Brooks was in Kenya to evaluate a Child Fund International program (formerly known as the Christian Children’s Fund) which delivered services to HIV/AIDS-infected and other vulnerable orphans (OVC). Brooks has consulted and lectured for a number of South African-based HIV organizations including the AIDS Consortium, the Mercy AIDS Foundation, the South African Men's Actions Groups (SAMAG), Health4Men, and Positive Muslims, among others. In late 2012, Brooks became a part of an international team of researchers funded by the Bill and Melinda Gates Foundation's Grand Challenges Explorations in Health to examine HIV positive women in Mali. He continued fieldwork in Mali in 2014 and 2015. His next book, The Most Vulnerable: Women, HIV, and Islam in Mali (Linus Books 2017), will be the focus of that research.

Between 2003 and 2009, Dr. Brooks was a volunteer at Deep Meadow Correctional Facility in Powhatan, Virginia. He assisted the incarcerated population with literacy and writing issues and lectured to the inmates on numerous anthropological topics. He now volunteers for the Minority Health Consortium in Richmond. Christopher Brooks is a native of Baltimore, Maryland.