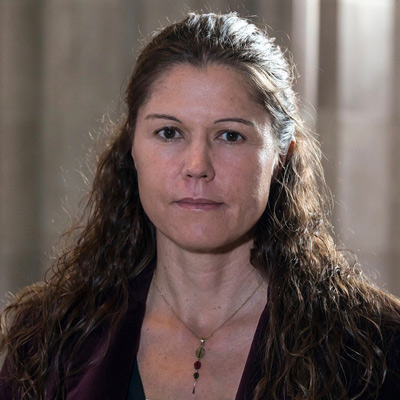 Aspen Brinton, Ph.D., is a political theorist. Her research interests include democratic theory, dissident movements, East-Central Europe, phenomenology, and the intellectual history of civil society and free speech. Her first book, Philosophy and Dissidence in Cold War Europe (2016), examines the philosophical legacy of Eastern European dissidents during the Cold War. This book is part of a larger project to develop philosophical and theoretical tools to examine the discourses of dissident movements and civic associations more generally, in particular looking for ways to engage continental philosophy and phenomenology to expand the boundaries of political theory. Her most recent book, Confronting Totalitarian Minds: Jan Patočka on politics and dissidence was published by Karolinum Press (Charles University) in 2021. This monograph examines how the thought of Czech phenomenologist Jan Patočka might be relevant for understanding concepts of dissidence and totalitarianism throughout the contemporary world.

Before joining the VCU International Studies program, she taught previously in the philosophy department and International Studies program at Boston College, and before that she taught at the University of Pennsylvania in the honors program for the College of Arts and Sciences. Before Penn, she spent four years teaching political philosophy, liberal arts, and political science courses at Northwestern University and Georgetown University on their campuses in Doha, Qatar.