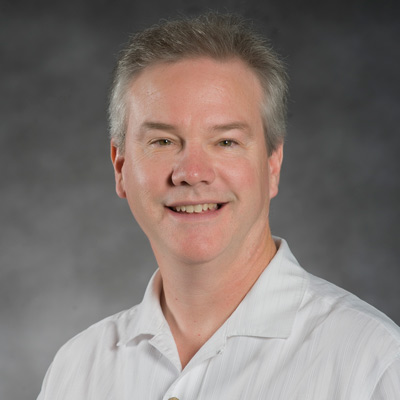 Dr. R. Andrew Chesnut earned his Ph.D degree in Latin American History from the University of California, Los Angeles in 1995 and joined the History Department faculty at the University of Houston in 1997. He quickly became an internationally recognized expert on Latin American religious history. Professor Chesnut was selected as the inaugural recipient of the Bishop Walter Sullivan Chair in Catholic Studies at VCU in 2008. The chair was established as the Most Rev. Walter F. Sullivan was nearing retirement as the 11th bishop of the Catholic Diocese of Richmond to honor his nearly thirty years of service. For Professor Chesnut the chair became a unique opportunity to develop Catholic studies in a global context and at a large public university.

Chesnut has been publishing scholarship for more than 20 years. In addition to writing several books and numerous journal articles, he has contributed his expertise on Catholicism, particularly in Latin America, to a wide range of international media outlets.

Most recently, Chesnut writes his own Patheos Catholic column, The Global Catholic Review, and a Huffington Post blog. He has been previously published or quoted in outlets such as Associated Press, Bloomberg Business, The Wall Street Journal, The New York Times, Yahoo News, Agence France Presse, Atlas Obscura, the BBC and The Washington Post to name but a few. Additionally, he has been featured on radio and TV through National Public Radio, NBC12, Latin Pulse and the National Geographic Channel show "Taboo."

While he has authored or contributed to too many articles to list them all, some of his favorites are:

Chesnut’s first book, "Born Again in Brazil: The Pentecostal Boom and the Pathogens of Poverty" traces the meteoric rise of Pentecostalism among the popular classes in Brazil following the disestablishment of the Roman Catholic Church. His second book "Competitive Spirits: Latin America’s New Religious Economy" focuses on the three groups that have prospered most in the region’s pluralist landscape: Protestant Pentecostalism; the Catholic Charismatic Renewal; and African disasporic religions (e.g., Brazilian Candomble and Haitian Vodou). Chesnut's most recent book "Devoted to Death: Santa Muerte, the Skeleton Saint" is the first in-depth study of the Mexican folk saint in English and has received widespread media coverage.

Chesnut is working on a book project on Catholic memento mori in Europe and the Americas. During the Middle Ages the Church employed death imagery such as human skeletons and skulls to remind parishioners of their own mortality so that they would lead a more Christian life. The project will examine such topics as Mexico’s Day of the Dead, holy relics, and the incorruptible bodies of certain saints.