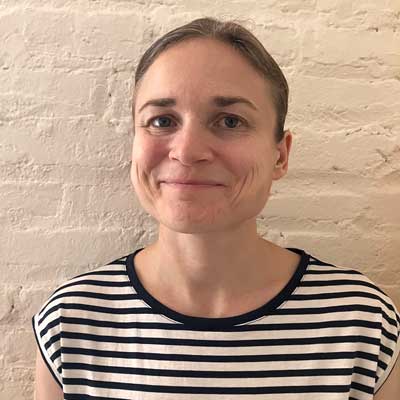 Olivia Landry's research broadly spans film and media as well as theater and performance studies. Her first book, Movement and Performance in Berlin School Cinema (2019), explores the contemporary film movement the Berlin School through a recalibration of the body, movement, spectacle, sensation, and spectatorship in cinema. Her second book, Theatre of Anger: Radical Transnational Performance in Contemporary Berlin (2020), examines contemporary transnational theater in Berlin through the affective-political scope of anger as an attributed and justified affect that responds to social injustice. This book presents a return to political theater and a rethinking of the novel ways in which art and resistance intersect. Her latest book, A Decolonizing Ear: Documentary Film Disrupts the Archive (2022), investigates how documentary film can challenge conventions of listening and recording shaped by histories of colonial ethnography and extraction.

From 2014 to 2016, she was a Kenneth P. Dietrich School of Arts and Sciences postdoctoral fellow at the University of Pittsburgh. After that, she spent a year at Stanford University as the William H. Bonsall Acting Assistant Professor of German. Between 2017 and 2022, she was an assistant professor at Lehigh University. Her research has been supported by grants from SSHRCC, DAAD, and the Humboldt Foundation.